“Through the force, things you will see-other places-the future, the past, old friends long gone.” 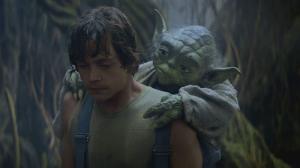 During holy week this year I received an email from a friend back home in California. An old friend of mine had passed away in his home. His name was Bill Zuck. Some of my readers may have been fortunate to know Bill. He certainly got around. Bill was a very unique individual and and helped to acelerate my theological understanding. I’d like to say my bit here to remember him.

I can only recall bits and pieces of what Bill related to me of his past. He was raised Plymouth Brethern and was originally from Pensylvannia. He acquired a degree in engineering and he never married. Through time, Bill went through a number of theological and philosophically changes eventually landing in Anglo-Catholicism with Thomism as his theological and philosophical grid. Eric Mascall and Garigou-Lagrange loom large here.  He worked until his retirement as a grocery clerk.

When I met Bill he was already in his fifties, though for a number of us, we were never quite sure how old Bill was 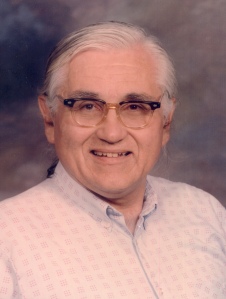 really. He was our own Melchizidek. I suppose it wasn’t important.  What was important was that Bill had read everything, or practically everything.  Hence Bill’s eventual nick name-Infalli-Bill. When I was attending the then C.U.R.E Academy meetings in the early 1990’s in Anaheim, I met Bill. C.U.R.E (Christians United for Reformation-eventually this morphed into the Alliance of Confessing Evangelicals) was the brainchild of the trinity of Rod Rosenbladt, Kim Riddlbebarger, and Mike Horton (probably with Shane Rosenthaul and Rick Ritche deserving honorable mention).  Every week the “Academy” would meet for a lecture, with usually a few hours with Q & A. They’d bring in some Reformed academic, sometimes a Lutheran or they’d have one of their own come in and do a series on all things related to the superiority of the Reformation to the modern corrupted Evangelical establishment.

Bill visited a number of theological discussion groups that existed in the Southern California area. He obviously came to rain on CURE’s parade.  Frankly, Bill either annoyed the hell out of people there or scared the living snot out of them. I was in the latter category. Bill had a grasp of the theology and literature of the Reformation that was every bit as good, if not better than our local advocates of the Reformation. He also had something else that Horton’s crew didn’t seem to have the slightest inkling of. He also knew Rome’s theology via Aquinas quite well. He was patient and fairly quiet, until Q & A came along. To be sure,  Bill was always in line to ask a question or rather to plant a theological bomb.  People became annoyed it seemed to me either because they couldn’t understand what he was asking (he was speaking Thomism after all and they had no translator) or they were peeved that he was making their pet teachers look bad.  Eventually things got so bad that they tried ways to keep Bill from asking questions. It didn’t work. Either he’d get in line any way or a proxy (like me) would pose essentially the same question. Or Bill would just wait until after Q & A was over and then ask Mike or Kim his question afterward. This gave to my eyes the first time I saw a Calvinist literally run away from a Thomist. ( Horton turned white as a sheet one evening when he saw Bill comming to ask a question and just ran away.)

Bill made digestable and accessible writers like Aquinas, Lagrange and Mascall, but also exposed me to others like Newman, Pusey, Symmonds, McSorely, et al. Some of the most influential works in my entire life cam from Bill. (Harry McSorely’s, Luther:Right or Wrong?) It was from there that I began to digest not only works by and about Aquinas, but high church Anglicans, specifically those who wrote against a more Calvinistic outlook-Jeremey Taylor, Laud, Henry Hammond, George Hickes, and Thorndike. After a short while, it became apparent to me  that most contemporary Calvinists had read the Puritans but really nothing at all when it came to those English authors who wrote against the Puritans. I was never a fan of stacking the deck.

Just this last summer, Bill suprised me. I was working the book table at my parish (like, what else am I suited for?) when Bill approached. I was shocked. Bill came out of the crowd. He had driven all the way out from California by himself just to see me. We talked as much as we could and he dropped a few hundred bucks in books. He’d be in town for a while and so we made plans to get together. Since I was working all three days at the festival, he’d hang out at the Concordia seminary bookstore just up the road and harrass the Lutherans. After a few days we got together for coffee. It was apparent that while Bill seemed to be the same old Bill, he wasn’t taking care of himself as he should have. Of course, he knew it. I didn’t need to tell him, though I expressed my concerns anyway. We talked about mainly the differences between an Augustinian/Thomistic view and the Orthodox view. Bill was sensitive to my concerns as we shared coffee and he proded me for bibliography. After a while we shifted to my situation and what I was to do next. Bill expressed something of a regret that he wished he had become a priest, but he was far too old now. Just like those long evenings of summer, we talked long into the night in the parking lot.

Bill died as far as I know by himself in his home. He served as an acolyte at his Anglican parish. After complaining of leg pain on Palm Sunday, no one saw him again. On Wednesday he was supposed to show for an acolyte rehearsal but didn’t appear. I believe his body was discovered on Good Friday. He is buried now in Pensylvania with his family.

I miss my old friend. I hope to seem him again some day.